A very warm welcome, Future Trends readers. This series, curated by the Institute for Economics & Peace, takes a look at global news which may provide insight to the future. Here’s what you need to know this week: 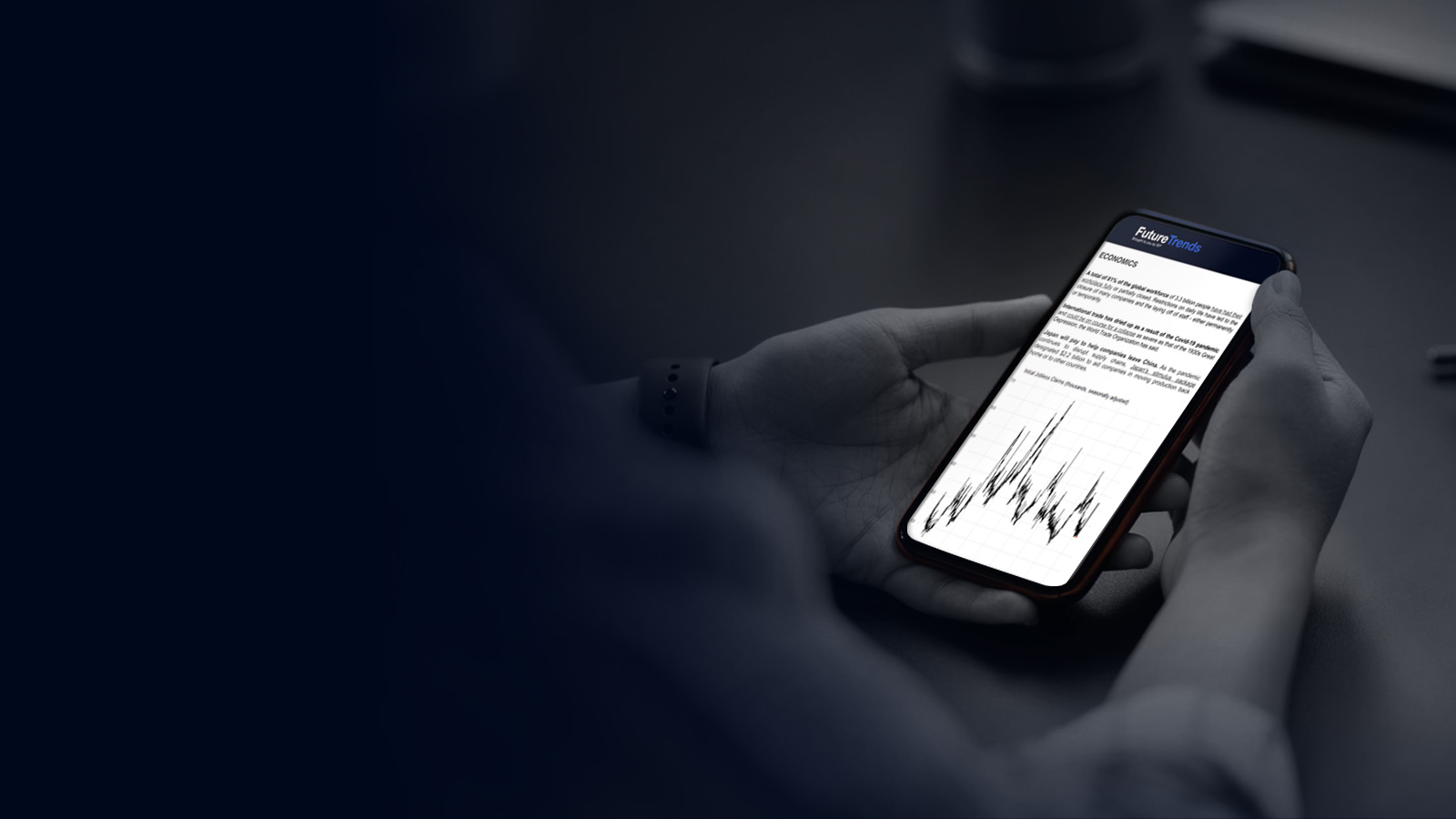 Kim Jong Un demands money from North Korea’s elite. A rare bond issue targeted at raising foreign currency to cover as much as 60% of the country’s budget from rich North Koreans highlights the depths of the North Korean economic crisis.

Personal income in the US surged 10.5% in April. This is the biggest jump since the US Bureau of Economic Analysis started compiling data in 1959. The rise was mainly due to government payments to help Americans cope with the fallout of the COVID-19 global pandemic. Total government social benefits accounted for 30%, or $6.3 billion, of personal income in April. That’s up from a monthly average of 17% or $3.2 billion in the previous seven months. 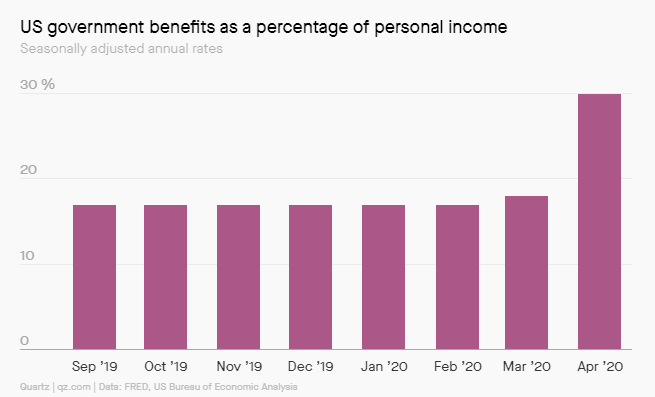 Social
Japan looks for love online. Japan has seen an increase in online dating during the COVID-19 pandemic as people look to partnerships for weathering the crisis. According to the Nikkei Asian Review, marriage agencies are reporting that inquiries in April 2020 have increased as much as 20% year-on-year.

Huawei’s CFO lost her bid for freedom in Canadian court. The decision means the hearing for Meng Wanzhou’s extradition to the US, where she is wanted for fraud, can continue. Separately, the Japanese government plans to ban the use of equipment from Chinese telecoms like Huawei by agencies that handle the public’s private data.

The energy minister of Alberta, Canada said that now was a ‘great time’ to press ahead with work on a controversial pipeline. The country’s coronavirus lockdown prevents large public protests allowing companies to push controversial projects. The expansion of the Trans Mountain oil pipeline is opposed by environmentalists and indigenous groups. The Prime Minister Justin Trudeau has supported the project on economic grounds.

Politics
The long-awaited trial of Israeli Prime Minister Netanyahu has begun in Jerusalem. Netanyahu is facing corruption charges and possible jail time. Despite the public charges, he was recently signed into office for another term to lead a unity government in the pandemic crisis.

US no longer China’s major trading partner. Due to its trade war with the US and the fast growing economies of its southern neighbours, China now trades more with Southeast Asia than it does with the US. Chinese exports to the US were 14%, the lowest share in the past 15 years, whereas ASEAN countries now accounted for 16%.

India-China tensions intensified. Images have emerged of conflict between India and China in the disputed Ladakh region of Kashmir. Both sides have made sovereignty claims and are building infrastructure, in particular roads. China has moved in thousands of troops and at least three clashes have been reported.

The coronavirus is delaying elections worldwide. As a result, at least 56 countries have delayed national or regional elections due to fear of harming public health, the electoral process, or for more blatantly political reasons.

Conflict
Demonstrations and riots in 140 cities across the US. Curfews have been ordered in cities across the US to try and stem unrest sparked by the death of a black man in police custody. Many states are sending in the National Guard, with the US President talking about activating the army. A large anti-racism protest march also took place in London, first in Trafalgar Square, then the crowd moved on to the US embassy.

Burkina Faso gunmen kills dozens at cattle market. It is unclear who was behind the attack, but Burkina Faso has seen a recent sharp rise in jihadist violence and inter-communal clashes. The violence has forced hundreds of thousands to flee their homes.

Experts warn of bioterrorism after pandemic. The COVID-19 pandemic has shown how vulnerable modern society is to viral infections and their potential for disruption. Damage to humans and economies could be “significantly higher” than that of a “traditional” terrorist attack.

Development
UN seeks $2.4 billion for Yemen, warns aid operation are nearly broke. Millions of people are at risk. The UN is seeking to raise $2.4 billion to pay for the world biggest aid operation. Around 80% of Yemen’s population – 24 million people – need aid.

The world is still far from herd immunity. Herd immunity protection is reached when 60-80% of a population has been infected and has developed a resistance. At the moment, the virus has not spread to those rates. Countries that have aimed at herd immunity, like Sweden, have only reached 7-17% of infections.

UN delays crucial climate summit for a year. This years meeting, known as the COP26 summit, had been billed as the most important climate change summit since the Paris agreement. Hundreds of world leaders cannot respond to public pressure for stronger global climate action.

The Institute for Economics and Peace is the world’s leading think tank dedicated to developing metrics to analyse peace and to quantify its economic value. It does this by developing global and national indices, calculating the economic cost of violence, analysing country level risk and understanding Positive Peace.

Vision of Humanity is brought to you by the Institute for Economics and Peace (IEP). For specific enquiries related to peace indexes and research, please contact the IEP team via their website.